Arsenal forward Alexis Sanchez has admitted that his agent will take care of any transfer interest as he prepares for the 2017 Confederations Cup in Russia. 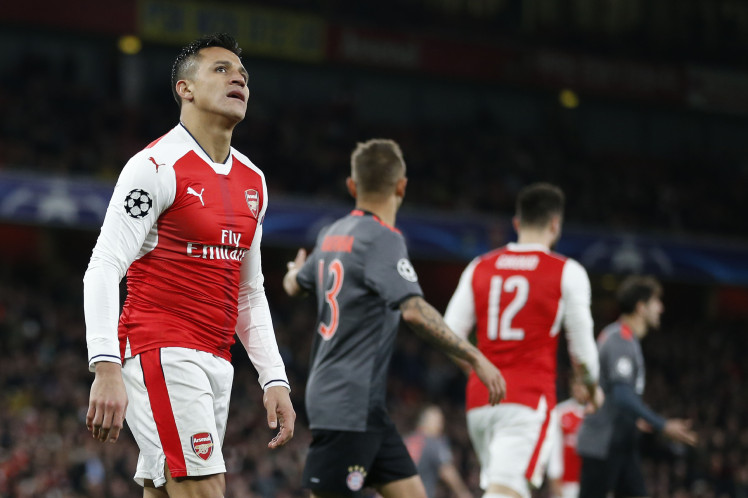 The Chile international had a top season for the north London club last term has contributed 15 assists and 30 goals in 51 games across all competitions.

Sanchez has always had the potential in front of goal, but he produced one of his best performances last season as guided the Gunners to yet another FA Cup title. While manager Arsene Wenger has continuously iterated that Sanchez would remain a Gunners player next season, speculation continues to link the Chilean with a move elsewhere

Bayern Munich, Chelsea and Manchester City have been touted as potential targets for the highly-talented winger, but Carlo Ancelotti’s side appear to be winning the race with agent Fernando Felicevich having met up with Bavarian officials to discuss personal terms. Sanchez stands the chance of receiving a £350,000 a week package at the Allianz Arena which is more than the £270,000 weekly salary presented to him at Arsenal.

Speaking to the Chilean media, Sanchez revealed his future would be assessed by his representative as he looks to make an impression with Chile at the Confederations Cup, he said, via The Mail: “I’m looking at what my agent is doing,’ he told Chilean media. For now, I’m focused on the [Confederations] Cup in Russia and trying to do well. The truth is that my agent will see to it. He knows and he will sit down with the club to look for the best option for me.I’d like a lot of things but I’m only thinking about the national team.”

Sanchez currently has 12 months on his Gunners contract, and it looks more and more likely that he will pursue a fresh challenge with the club no longer in the Champions League. Arsenal finished outside the top-four positions for the first time under the Wenger era last term.